Is VS721 compatible with polyethylene jet ski lifts?

I have two new floating jet ski lifts that I will be installing in saltwater and I would like to know if your VS721 will keep barnacles from attaching themselves to my lifts? Also, does the VS721 have any effect on High-density polyethylene because that is what the lifts are made of? Thanks

VS721 will help reduce the attachment of barnacles and make clean up easier on your polyethylene jet ski lifts, but will not prevent bio-fouling from attaching. VS721 is a fouling release coating, not anti-fouling, which means that it does not contain any toxic, heavy metal poisons to kill marine bio-fouling such as algae and barnacles, etc., but instead relies on its low surface energy or super slippery properties to make marine fouling attachment more difficult.

If you use VS721, you will need to dive the lift periodically to wipe the slime off the bottom. If you do that, barnacles will not attach as you’re removing their food source. This may or may not be practical, depending on whether your lifts are attached to a dock or the shore. The wiping frequency will depend on where you are located and the season. It could be once every two months or once a week; probably somewhere in between.

VS721 will make the slime removal much easier than if there is no coating. Another alternative is to paint the bottom with toxic anti-fouling paint if you can get it to stick to the polyethylene, but you will still have to dive and scrub the barnacles off as your lifts are stationary and as the surface slimes over, barnacles will attach even to the toxic paint. VS721 will attach to the polyethylene. Today’s anti-fouling paints aren’t nearly as toxic as they used to be because pf pressure from governments to reduce the negative impact on the environment and even they, do not work well on stationary objects.

Another consideration is that you will need to reapply the VS721 every 3 to 6 months, again, depending on where you are located and whether you use your lift for a season or all year long.

The only other practical solution is to allow the barnacles to attach, haul the lifts every 6 months or so, scrape them off and start over again. Even with this scenario, VS721 will make the scraping easier and there will be less damage to the polyethylene surface.

VS721 was never intended to protect stationary objects. If you applied it to the jet skis and used them on a regular basis, the friction on the surface from the water, at speed, would be enough to keep the bottoms clean. Still, in this situation, you may have to wipe the waterline from time to time. The lifts are still a practical remedy as they protect the jet skis and reduce maintenance on them.

I would also recommend protecting your jet skis with VS721. In addition to making hauling and launching easier, improving the performance of your boats, reducing fuel consumption, salt can’t stick to it. When you return to the dock, all you have to do is rinse the boat with fresh water and the salt will just fall off.

How to protect and shine a brand new rib... 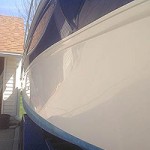 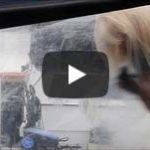 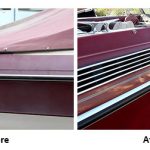 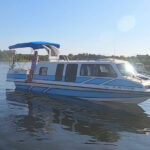 How do i restore my scooby doo boat?...