How toxic is antifouling paint? 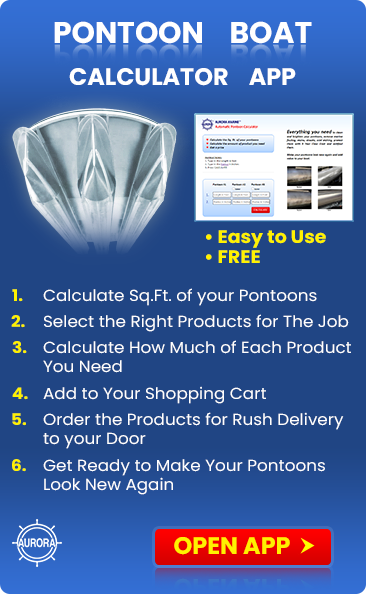 I’m in Michigan and leave my 28’ cruiser in the water all summer. Last year the bottom was covered in Zebra Mussels and algae. Your Green Genie bottom cleaner got them off, no problem, but I would prefer not to have them grow all over my boat and slow it down and deal with the mess. My marina guy said I need to paint the bottom with antifouling paint but my friend said not to because it’s very toxic and could hurt my kids when they are swimming around the boat. Bottom paint is expensive and I hate the look on other boats but I don’t want the Zebra Mussels. Are there any other solutions?

I have been using your Sure Step, Premium Boat Shine and other products for years and they are the best. I think your Boat Scrub is a miracle cleaner.

Your friend is right. Most antifouling bottom paints contain cupreous oxide which is a neurotoxin. It constantly leaches into the water around your boat, creating a plume. When marine life unsuspectingly swims into the plume, they ingest the toxin, which attacks their nervous system and they die of convulsions, thus preventing them from attaching to your boat. Other neurotoxins used in the past have been banned worldwide because of their destructive effects on marine life. Of all the copper compounds, cupreous oxide is the most deadly.

There are several problems with this.

• First: the killing process is indiscriminate. Not all marine life is harmful to your boat but it gets poisoned just the same.

• Second: although the amount of toxin in the water is small, it attacks smaller life forms more aggressively than larger species, however the larger species, like fish, feed on the infected plankton and larvae etc. becoming infected. The toxins, which are heavy metals, remain in their bodies and eventually work their way up the food chain to humans.

• Third: these toxins have incredibly long half lives and remain in the river or lake bed for centuries. Any disturbance of the bed releases these toxins back into the water where they remain active.

• Fourth: these toxins can penetrate human skin and attack their nerve ends. If you or your family are swimming in the stuff you will also get it in your eyes, nose and possibly even swallow some of it. The harmful effects on individuals vary by their tolerance levels.

• Fifth: humans are dependent for clean, fresh water for their survival and we don’t have very much of it. Only 2.75% of the water on Earth is fresh water and over 2% is frozen in glaciers. The rest is a combination of ground water, surface water and atmospheric water. Ground water such as in the Great Lakes is used as drinking water. The population of Earth is growing at an ever increasing rate but the water supply is not. Unnecessarily polluting the little water that we have is just stupid.

Antifouling bottom paints have their place in salt water and tropical waters where marine growth is so prolific that some form of aggressive control is necessary otherwise boating and shipping would be impossible but large salt water oceans are more capable of dealing with the infusion of pollutants (to a point) than fresh water. We have all witnessed the devastation of the recent BP oil spill in the Gulf of Mexico and the remarkable resilience of the ocean to mend itself. Unfortunately fresh water is not so resilient. Once spoiled it tends to remain that way.

There are alternatives. Aurora Marine manufactures VS721 which is a polymeric bottom coating that is easily applied like a liquid wax. It’s clear and works by making the surface so slippery that Zebra Mussels can not attach. It uses a proprietary polymer which reduces the friction on the hull by 16% at 20 mph. Other benefits are that it seals the pores in the gelcoat to prevent Osmosis Blistering and the reduced friction on the hull increases the performance of the boat and decreases the fuel consumption. It’s a proven product. It’s inert and will not pollute the water and is not harmful to marine life or humans. Other manufacturers offer biocide free paints that incorporate silicones, PTFE or epoxies, if you prefer to apply paint to the bottom instead of a clear coating. Whichever way you go, preventing pollution of our fresh water is a good thing. Your grandchildren will thank you.

Keep in mind that it’s only a matter of time before all toxic antifouling paints will be banned and then boat owners will bear the burden of having the paint removed if they are to continue using their boats. It is already banned in numerous European countries and in parts of California. Applying and removal of these toxic paints is now regulated in States like New York, New Jersey and Washington. Only people that are certified by the State can do the work, making it very expensive. You are better off finding a non-toxic alternative now so you don’t have to deal with the problem down the road.

Some research on the internet revealed the following for the more technically minded:

Toxicity of Copper Compounds
All copper compounds, unless otherwise known, should be treated as if they were toxic. Thirty grams of copper sulfate is potentially lethal in humans. The suggested safe level of copper in drinking water for humans varies depending on the source, but tends to be pegged at 1.5 to 2 mg/L. The DRI Tolerable Upper Intake Level for adults of dietary copper from all sources is 10 mg/day. In toxicity, copper can inhibit the enzyme dihydrophil hydratase, an enzyme involved in haemopoiesis (creation of new blood cells).

Symptoms of copper poisoning are very similar to those produced by arsenic. Fatal cases are generally terminated by convulsions, palsy, and insensibility.

In cases of suspected copper poisoning, Ovalbumin is to be administered in either of its forms which can be most readily obtained, as milk or whites of eggs. Vinegar should not be given. The inflammatory symptoms are to be treated on general principles, and so are the nervous.

A significant portion of the toxicity of copper comes from its ability to accept and donate single electrons as it changes oxidation state. This catalyzes the production of very reactive radical ions such as hydroxyl radical in a manner similar to fenton chemistry. This catalytic activity of copper is used by the enzymes that it is associated with and is thus only toxic when unsequestered and unmediated. This increase in unmediated reactive radicals is generally termed oxidative stress and is an active area of research in a variety of diseases where copper may play an important but more subtle role than in acute toxicity.

An inherited condition called Wilson's disease causes the body to retain copper, since it is not excreted by the liver into the bile. This disease, if untreated, can lead to brain and liver damage. In addition, studies have found that people with mental illnesses such as schizophrenia had heightened levels of copper in their systems. However it is unknown at this stage whether the copper contributes to the mental illness, whether the body attempts to store more copper in response to the illness, or whether the high levels of copper are the result of the mental illness.

Too much copper in water has also been found to damage marine life. The observed effect of these higher concentrations on fish and other creatures is damage to gills, liver, kidneys, and the nervous system. It also interferes with the sense of smell in fish, thus preventing them from choosing good mates or finding their way to mating areas.